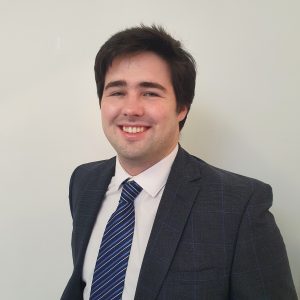 Terry started at Clements Solicitors as a Paralegal in 2020 and qualified as a Solicitor with the firm in 2022.

Terry graduated with a first class degree LLB (Hons) in Law having completed his degree at Anglia Ruskin University, Cambridge, where he undertook a self-taught module in Sports Law which also formed the basis of his dissertation.  Terry later completed the Legal Practice Course at the same University, achieving Distinction marks in his Business and Employment Law elective modules.

Terry has also previously raised funds for Pro Bono legal initiatives where his team received a ‘Gold Award’ for their fund raising efforts which were among the top ten in the country.

Outside of work, Terry has practised martial arts since the age of five and has been crowned Ishin Ryu Ju-Jitsu British Champion in both Takedown and Submission competitions.  He is also a keen linguist and always looks to learn new languages when he has the opportunity.  He finds no better way to pass the time though, than with his family.