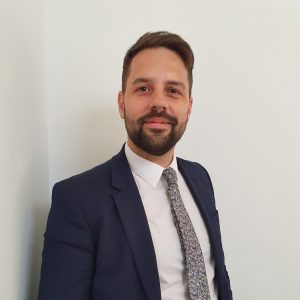 Luca started working for Clements Solicitors as a Trainee Solicitor in 2017 after working with Tom Clements at a large regional firm.

Luca qualified as a Solicitor with Clements Solicitors in 2018 after graduating with an LLB Law Degree from the University of Essex and completing his Legal Practice Course at BPP Law School in Cambridge whilst working full-time.

Throughout Luca's career he has specialised in Employment litigation and has been involved in some high profile Employment Tribunal proceedings which have gained national attention. Luca's cases have been reported on by the Daily Mail, Mirror, Sky News and various regional news outlets. Luca has also provided HR advice to both large international companies and local businesses. Luca can also assist with Family matters, in particular disputes surrounding children.

Luca has been described by a client as "a cool kind of guy, highly dedicated, smart, and knowledgeable."